Everything is on fire - the US politics thread

You must be talking about the vaccine that without him, would not be available.

Polls, common sense and just about every political pundit had Hillary picked for the last election and look how that turned out… I just can’t put it past Americans to re-elect him

Only if there is an orchestra pit to both welcome & farewell him with the polite muzak.

An End of Days market update…
If the US can get a vaccine by the election then 2.75 for the Orange one is looking quite juicy.

“Can you smell what The Rock is cooking?”

Well, no, I can’t. I lost my sense of smell due to Corona Virus.

Holy fucking shit. I swear it’s just like watching someone with mental issues answer those questions. I mean I keep on thinking i’m watching a Saturday Night Live interview

I literally can’t even watch. I tried. But it just did my head in after three or four minutes and I had to switch it off.

trust me, you want to watch it. The interviewer has to hold back laughter at one point

I watched it. It’s horrifying.

If Joe Biden doesn’t actually say anything he’ll win. What a choice between the two…

Imagine trying to fool Normal Swan’s son, Jonathan, with lies, fakery and distortions related to the science of the virus and cross-national experiences of Covid-19!

That’s what we said about Hillary four years ago. I’m taking nothing for granted.

I think the problem is that the rednecks will come out in force.
Biden needs to get a lot of new people to vote. And the system seems set up to stop a lot of non-trump types from voting.

Link to the whole thing?

If you mean about the voting rigging, John Oliver did a good bit about it. Part of it is based on gerymandering, which is the shifting of electorates to try and ensure the holding party wins. It’s a fairly constant thing in American politics, with the biggest issue being, that which ever party is in power, it’s in their best interest to ensure the electorates vote for them. Even though it’s generally (at least in the past decade or so) been abused mostly by Republicans.

On the other side, the whole voting system doesn’t take into account the fact that the biggest population centers in America are based on each coast. In terms of proportionality, the American voting system is more based on geographical locations, rather than population density. It’s almost as though you would take all of Durack (our largest electorate), took the average size of a metropolitan electorate and split it up along those lines into a separate electorate. Durack suddenly has tens of extra electorates, even though it could barely fill Woolongong with it’s population.

What doesn’t help democrats, in this respect, is that voters in major, globally connected cities, will more likely vote Democrat, whereas voters in rural areas, will vote Republican. The divide between the two is fairly huge as politics in America is very much more polar than politics in Australia. Thanks to this, despite more people in major cities voting Democrat, it’s the rural strongholds that are the main stumbling blocks. States that are essentially half/half then become the battlegrounds.

Also add the fact that Republicans are generally happy to lie and put down opposition, with their supporter base more likely to be uneducated white people who generally believe whatever they see on tv or the internet, it really does show an uphill battle for Democrats. The main thing saving them is the fact that youth is more liberal these days and your hardcore Republicans are slowly dying off…

As another example of America, I follow Fox on FB. They announced that Sanders wants to tax the billionaires that are making obscene amounts of money from the pandemic.

I would say 99% of the comments revolve around the following points:

I mean, I’m a central with a very slight right lean individual and even I can’t believe how stupid some of those comments are. It really goes to show how right wing Americans will generally refuse to look at the rest of the world and just listen to whatever “news” source confirms their own bias.

Inheritance taxes another good example. Every now and then someone proposes taxing inheritances over an arbitrary astronomic amount like, say, $100 million. Everyone goes mad about it and they drop the idea even though it would make a huge amount of money for the govt to spend on actual services (or even just on tax cuts for normal people), only affect incredibly rich people, and very slowly start to address the ridiculous wealth inequality built up by the intergenerational hoarding of the super rich. 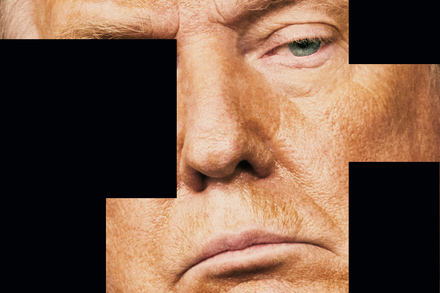 Last year, intelligence officials gathered to write a classified report on Russia’s interest in the 2020 election. An investigation from the magazine uncovered what happened next.