FFA Thread - This one's for the stakeholders

Frontrunner for FFA chair withdraws from board elections

Judith Griggs announces she will no longer be in the running to replace Steven Lowy as FFA chief.

So whos actually the good candidates?

im happy to put my hand up. I’ve been President of a Polish Folkloric Dancing Group. Can’t see this being that different

Football Federation Australia (FFA) has announced that with the review of the National Club Identity Policy (NCIP) underway, it now invites interested members of the football community to provide their feedback on the Policy via an online...

The survey is a mess, and has very loaded questions, but in the end everyone should fill it in and get shot of this NCIS bollocks.

I thought it was ok, I just no, no, yes and repeal entirely. We don’t need to regulate club names and logos. If someone creates a discriminatory club they’ll get found out soon enough and sokkahtwitter will be all over it.

The survey is a mess, and has very loaded questions, but in the end everyone should fill it in and get shot of this NCIS bollocks.

Yeah those questions were worded very weirdly and, if I were more conspiratorial I’d suggest that they knew the result they wanted.

No, I’m sure they definitely don’t not want you to put their preferred answer in!

AAFC’s forum laid bare an uncomfortable fact for all to see: there is no perfect candidate in this election

Not sure about the provenance of this tweet as I haven’t seen anything from other sources, but it looks like public champion Fozz has forgotten that in football, it’s the behind the scenes deals which count. Even more than in politics where people have to face an electorate eventually.

Ah Remo, how we missed thee. Unfortunately can’t find the original, but there’s a few lovely little exchanges with Remo in an old Four Corners doco - full transcript in the link. There’s nothing directly incriminating but just an interesting look back. 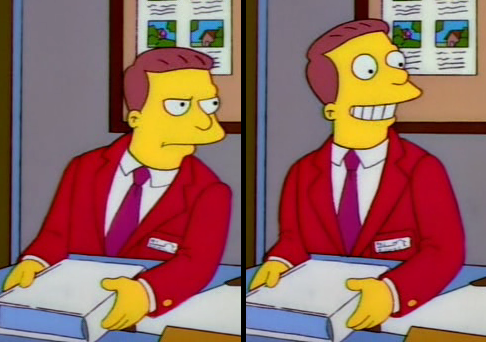 QUENTIN McDERMOTT: What happened to their investment when they made it?

REMO NOGAROTTO: Well, their investment, as with the investment of every shareholder, went into the, er, running of the club.

QUENTIN McDERMOTT: Well, we’ve been told that it went straight out again to pay the debts.

REMO NOGAROTTO: Well, it went into the running of the club.

Whether some of that cash went towards retiring creditors, ah, whether some of it was used as working capital moving forward, ah, it went into the running of the club.

QUENTIN McDERMOTT: Remo Nogarotto insists that all the club’s creditors have now been paid off.

REMO NOGAROTTO: Robbie Slater and every other player has been paid.

QUENTIN McDERMOTT: Have they been paid their wages?

REMO NOGAROTTO: They have been paid their wages.

REMO NOGAROTTO: In f-f – Well, I’m saying to you, Robbie Slater has been paid his wages and is – has accepted settlement of his wages, yes.

QUENTIN McDERMOTT: But he hasn’t been paid the full amount?

No, he has accepted a settlement of his wages.

I’m not sure about some of that.

Nogarotto has already withdrawn from contention for the Chair, Moulis was very unimpressive at the AAFC thing and carries the current board’s taint and Foster’s very likely to get co-opted rather than voted, AL clubs dislike him intensely but can see his popularity at grassroots.

My best guess at he moment is

But honestly, it’s very hard to tell, other than the nominations there aren’t many hints from congress members to go on, could easily be very different on the day.

Personally I think the entire current board should go, the two not up for re-election should be forced to resign, everyone on that board was complicit in the Lowy and Lowy Jr bullshit and should be ejected along with most of the senior management, particularly Jo Setright who presided over the FFA ‘banning process’ like it was her personal fiefdom until the fans forced the FFA into some semblance of fairness.

What did/does KBR actually do at the FFA?

Setright. That HAS to be an alias. Especially when she is the “Head of Legal, Business Affairs and Integrity”.

EDIT: Never mind, that’s no longer her role. But it sounded good.

Foster has withdrawn his candidacy for the Board: 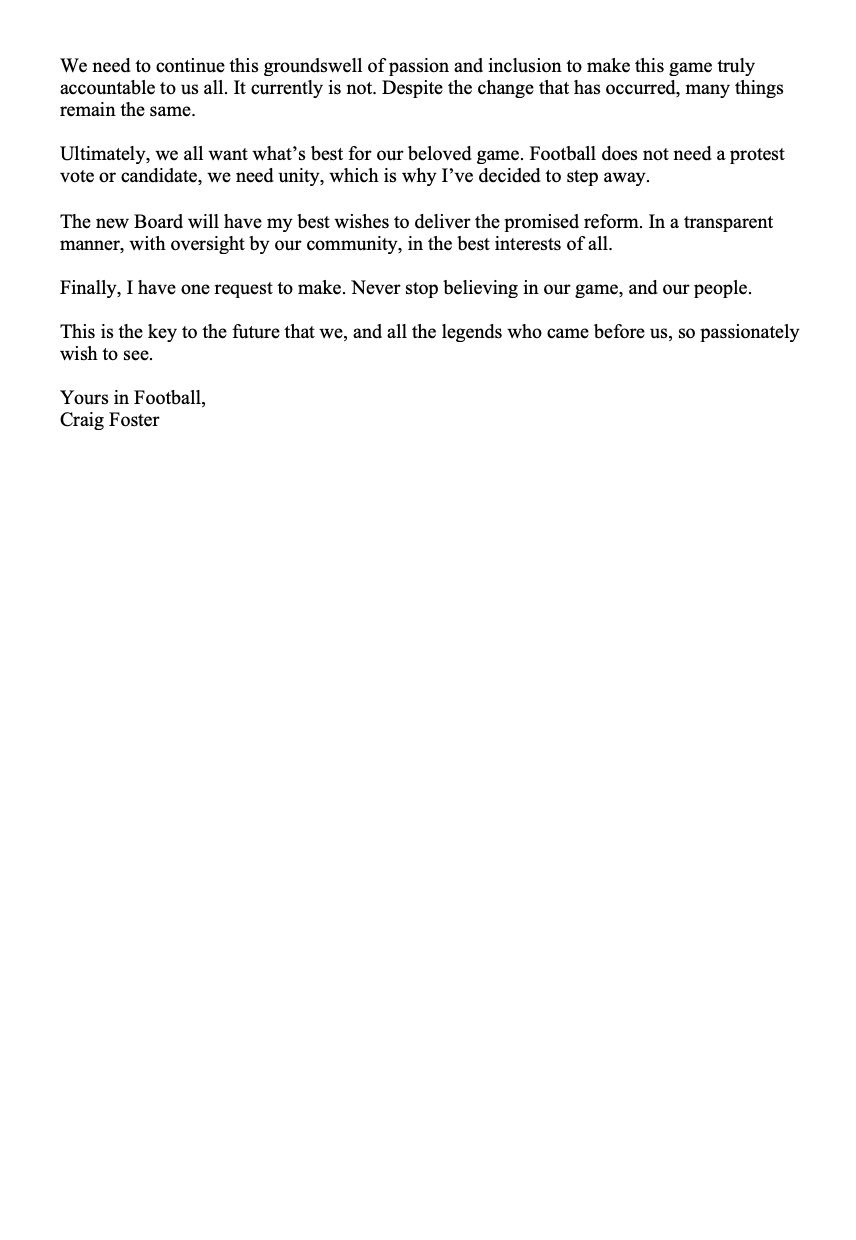 This is a mess

Holy smoke!! Politics…
I was hopeful for Fozzy,
Are making money and the good of the game mutually exclusive goals?

Australian football governance is like the Middle East, in a constant state of turmoil and chaos with brief periods of stability when ruled by despots. Well, we’ve gotten rid of the Saddam Hussain-like Lowy family, now enjoy the shitfight that fills the power vacuum.