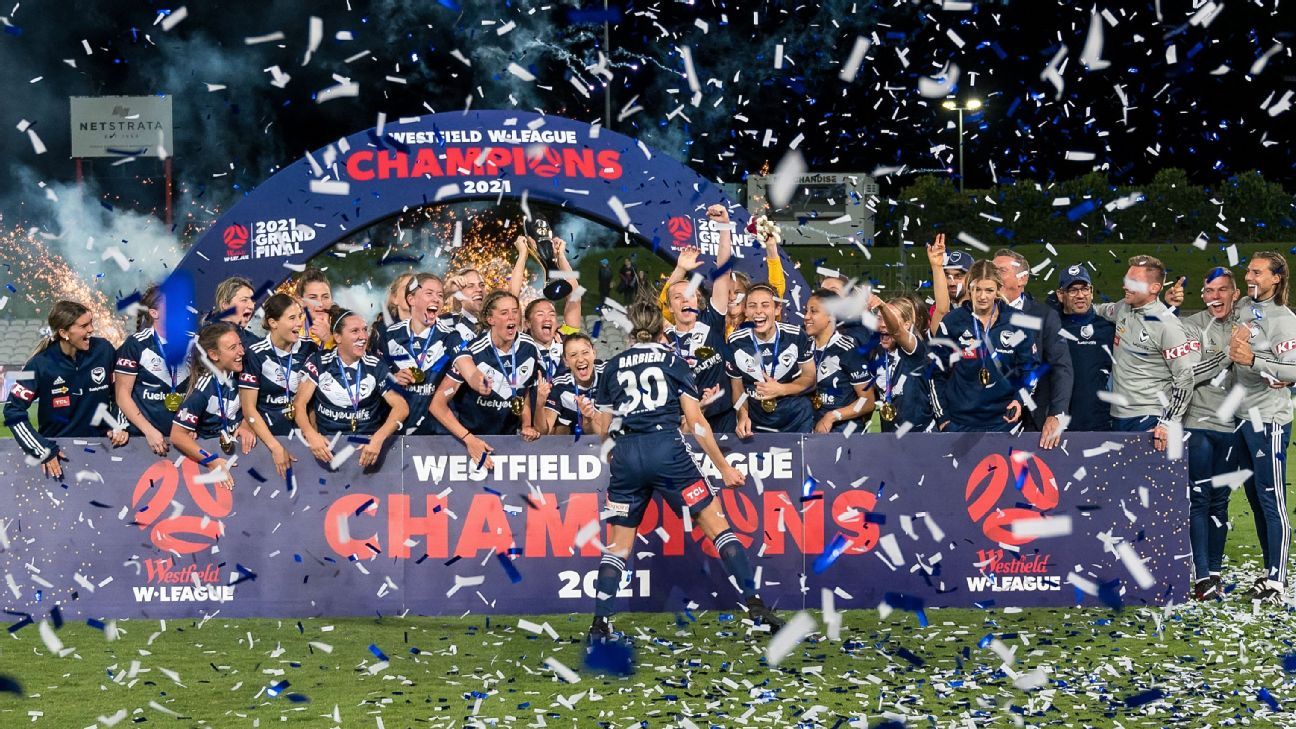 Exclusive: How the W-League will look next season

ESPN can reveal that Western United and Wellington Phoenix loom as favourites for inclusion in a potential 11-team W-League for the 2021-22 season.

Very much welcome and overdue, would like this to lead to a full home/away W-League season.

Ridiculous that a league teams are allowed to not have a W league team.

yeah that’s what I was just thinking. Surely it should be a condition of being in the league.

Yeah it should be a licence requirement.

I would argue that CCM and Macarthur are doing more for women’s football by having WNPL and GSAP teams (albeit outsourced for Macarthur) than teams with just a W-League team.

This is great news

We are happy to announce the return of Rebekah Stott to Melbourne City FC. The 28-year-old will make her return to the W-League this season after successfully battling...

Wellington Phoenix, Central Coast Mariners and Western United all being admitted into W-League.

The W-League Finals Series will be expanded with the addition of a Preliminary Final - rewarding the teams that finish first and second on the league table with an extra chance to reach the Grand Final, as well as giving fans more drama-filled finals football.

A brand new ‘Club Championship’ has also been launched by APL, meaning that the club (not the team) with the most combined points at the end of the men’s and women’s seasons wins the Club Championship.

Women’s football is on the move, with Australian Professional Leagues (APL) announcing a raft of new initiatives to drive the women’s game forward. Just eight months after the APL confirmed their control of the A-League and W-League, and as part of...

Great news. It’s not stated whether full home and away rounds will be apart of this. I’m thinking that with Matildas now opting to mostly play in Europe, the pressure of trying to fit the W-League in during NWSL off-season is reduced and we can look at having a proper full season.
Just riffing here, not really sure if that’s what is happening here. Taking the word ‘expansion’ as being not just the number of teams, but the length of the season. If they increase the teams but keep the same # of games (i.e. basically end playing each other team once) then it’s just a dilution in quality IMO.

Yeah thats awesome news. And as Rory said shifting to a full home and away since the league is more developmental now would be a good move. 3 new teams will stretch the talent pool a bit but will create so many more opportunities for future Matildas which is very exciting.

If they did the Club Championship retroactively how many would we have won?

Four more trophies for us and only one more for Victory.

And 0 for WSW.
They probably just keep theirs next to the tv like an u9’s encouragement award.

I’ve been a huge advocate of the Mariners re-joining.
Just hope the CCM Dub team don’t fall into the desire that always seems to surround the Mariners (the club higher-ups, not the community) to move to Sydney’s northern suburbs. Would be a shame for Mariners and away fans alike to lose the opportunity to watch some senior women’s football within the Central Coast itself.

This would presumably mean neither the Bulls nor Canberra United can win the CC as they don’t have counterparts, unless they somehow get a highly improbable point superiority in just the one comp.

Although, there was a plan to add a Canberra AL team around the same time, but if that club isn’t to be Canberra United, could they still combine points?

I actually wouldn’t put it past the Bulls to try and make some deal with Canberra United to basically leapfrog themselves into the Dub like they did with the NPL. I can actually see how that would be somewhat mutually beneficial, unlike Northbridge f**king themselves.

Does anyone of note actually play in America any more? Start worrying about ourselves.

This is only semi-related to W-League but more to women’s football in general. Reading an article about Singaporean footballer Siti Rosnani Azman signing with INAC Kobe Leonessa in Japan and becoming the second women’s professional footballer ever from Singapore (after Lim Shiya who played for Perth Glory in 2008-09) it goes into more detail about the new women’s league in Japan.

The old Nadeshiko League was semi pro, but the new league, despite the cheesy name, is a fully pro competition.

The WE League (Women’s Empowerment League) will start with 11 teams and have no relegation for the first few seasons.

The other interesting part is that the league also requires that women comprise half of each club’s staff and officials. Would promoting a policy like that or something like that out here help level up the entire women’s game in Australia?

Following the recent announcement by the Australian Professional Leagues’ (APL) that three expansion teams are in line to enter the W-League ahead of the FIFA Women’s World Cup 2023, the Wellington Phoenix and New Zealand Football are pleased to...

Fantastic to see this confirmed and a reality!