As before good pun title pending

Anyone watch fox sports BELIEVE doco this evening about them?

I don’t know how you spin coming 4th by 23 points into a good story just because you won some finals. Like, what’s the narrative or point of the story?

That anyone can win, if you BELIEVE?

Anyone watch fox sports BELIEVE doco this evening about them?

I don’t know how you spin coming 4th by 23 points into a good story just because you won some finals. Like, what’s the narrative or point of the story?

Is that seriously what it’s about? Fuck that noise. Just because we made one for the record breaking season, now every team is going to make one.

I’m fully in favour of more long-form A-League docos. I just don’t know that this is an interesting story, it just seems like there’s not much to it.

As a squad of players and as a club with their resources, Melbourne Victory underachieved last season. Not badly, but they didn’t do as well as they should have, or as well as they were aiming for. If the narrative of the doco is that they had a good last few weeks to the season after really struggling in parts then I don’t think that’s a good story. If the basis that it is a good story is that they won the finals trophy then I don’t see anything to that. It’s hollow subject matter.

Just as basic examples, the Jets making the finals for the first time in 10 years is a story I’d love to see, particularly given all their off-field drama in years past. Expansion and pro/rel would also make for a great doco, particularly if looking back towards Australian football history and factoring in FFA Cup.

Im pretty sure theres always some form of feature for the champions around this time every season?

Didn’t Central Coast do the first of this type of thing?
I’d also like to see more of these types of docos. It’s very interesting to watch behind the scenes stuff at clubs, regardless of who you support.

“About Where The Anus Is” - The Melbourne Victory Thread

There’s a great doco on YouTube called city about man City’s 1981 season. Such a shit fight but interesting watch

Just a reminder, FFA are subsidising this guy: 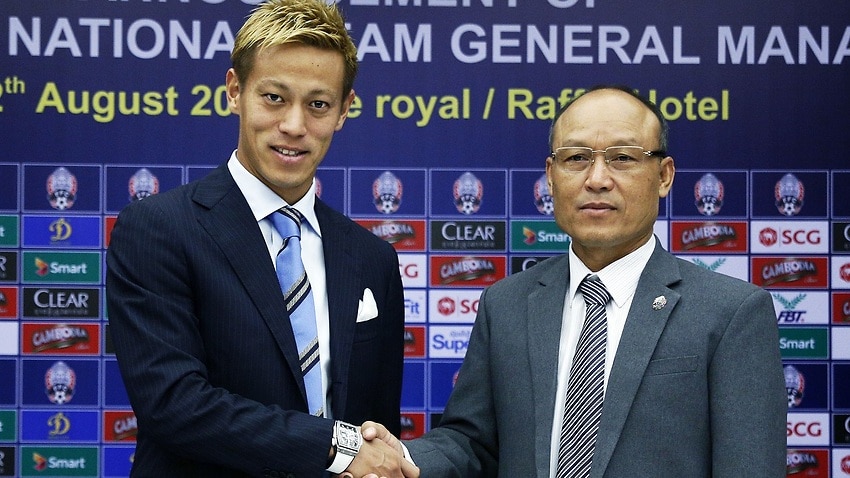 One of the A-League's marquee signings has copped criticism for managing Cambodia's national football team.

Still not as evil as Muscat

According to FNR, Honda to miss 4 weeks with that hammy.
Not sure that includes the time he’s already missed.

Davutovic said he did it on Tuesday, so will be another 4 weeks

All coincided with the human rights row, he’s obviously going to ground.

Good news for Milos, only 2 points behind him in the Alex Tobin votes.

Victory look lost without Honda, he had been pulling all the strings when he was on the pitch.

Davutovic said he did it on Tuesday, so will be another 4 weeks

So unlikely for Republic of Sydney day then…

Also if this is Crea’s first victim down there then he’s certainly picked a good one.

I was going to ask about Crea’s time down there. He’s been there for a couple of years now, so I’m wondering whether he’s had a marked negative effect on them or he’s just not liked in this forum due to his RoT association, and the comments he made before joining us.