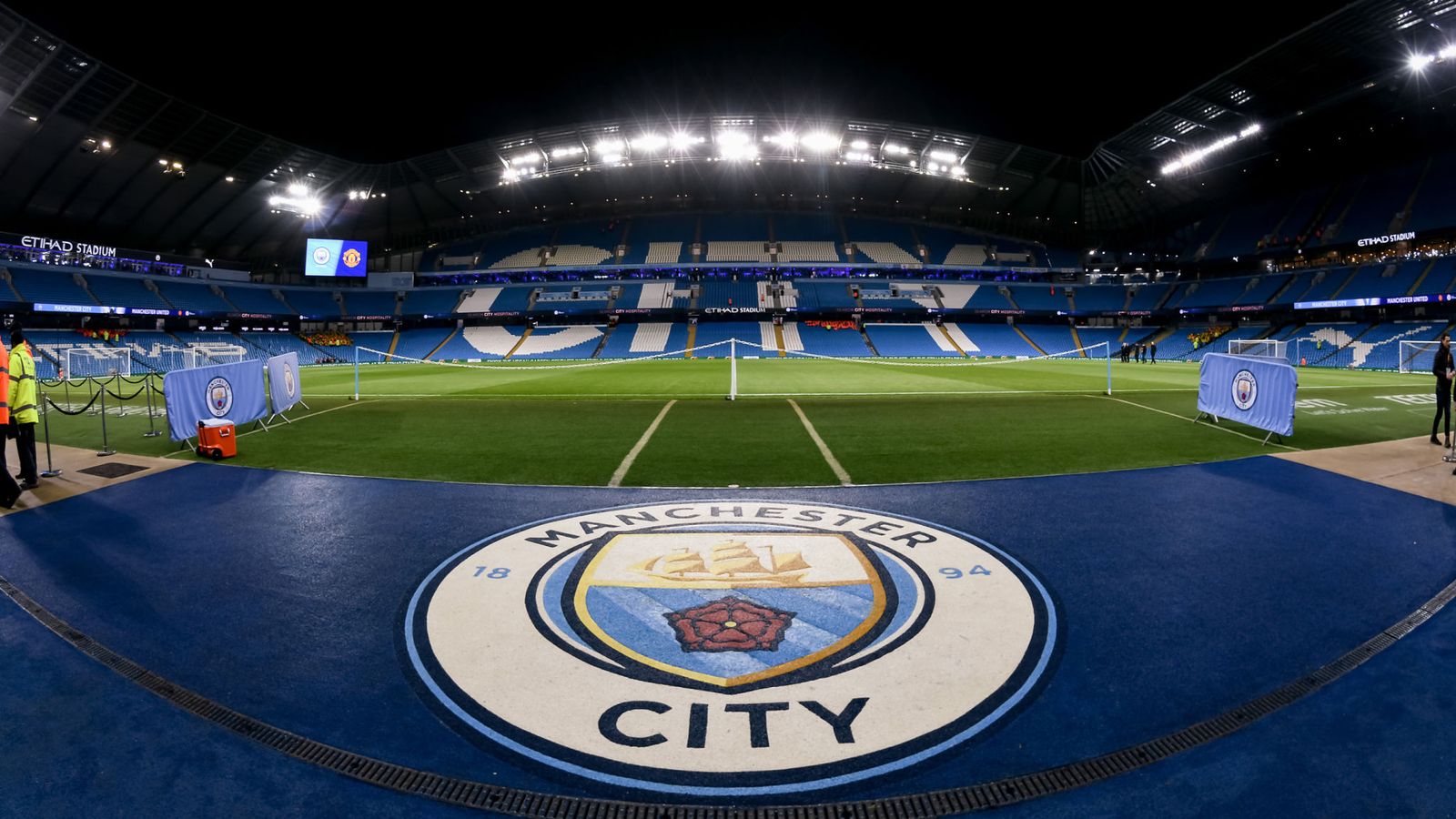 Manchester City banned from all UEFA competitions for next two seasons

Manchester City have been banned from all UEFA competitions for the next two seasons and fined £24.9m for

Manchester City have been banned from all UEFA competitions for the next two seasons and fined £24.9m for “serious breaches” of UEFA’s Financial Fair Play and club licensing regulations.

In a statement, UEFA said City “overstated its sponsorship revenue in its accounts and in the break-even information submitted to UEFA between 2012 and 2016”.

Man City say they are “disappointed but not surprised” by the verdict, describing the process as “prejudicial”, and will take the case to Court of Arbitration for Sport.

They released a statement, reading: "Manchester City is disappointed but not surprised by today’s announcement by the UEFA Adjudicatory Chamber. The club has always anticipated the ultimate need to seek out an independent body and process to impartially consider the comprehensive body of irrefutable evidence in support of its position.

"In December 2018, the UEFA Chief Investigator publicly previewed the outcome and sanction he intended to be delivered to Manchester City, before any investigation had even begun. The subsequent flawed and consistently leaked UEFA process he oversaw has meant that there was little doubt in the result that he would deliver. The club has formally complained to the UEFA Disciplinary body, a complaint which was validated by a CAS ruling.

“Simply put, this is a case initiated by UEFA, prosecuted by UEFA and judged by UEFA. With this prejudicial process now over, the club will pursue an impartial judgement as quickly as possible and will therefore, in the first instance, commence proceedings with the Court of Arbitration for Sport at the earliest opportunity.”

If Manchester City finish in the top four and their ban is upheld by CAS, it would mean a Champions League place would go to the team who finish fifth in the Premier League.

UEFA rule 4.08 states: “A club which is not admitted to the competition is replaced by the next best-placed club in the top domestic championship of the same association, provided the new club fulfils the admission criteria. In this case, the access list (see Annex A) is adjusted accordingly.”

Sheffield United currently are fifth in the Premier League table on 39 points, two points ahead of Tottenham who have a game in hand.

"The fact Manchester City are going to appeal this is no big surprise, but this is till something of a shock in European football.

"What happens now is all roads lead to sleepy Lucerne in Switzerland, the Court of Arbitration for Sport - the highest court in the land, the highest court in sport. It has presided over many high-profile cases in world football and this certainly going to go head-to-head between UEFA and Manchester City.

"The stakes could hardly be higher and spare a thought too for the clubs sitting fifth and sixth in the Premier League, in particular, Sheffield United and Tottenham because ultimately, if this sanction does follow through then that would have huge ramifications for the fourth place. That would then go to the fifth-placed team in the Premier League, who would then bump up a place and reach the Champions League for the next season.

“Certainly, this is not a process that is finished yet. It ultimately now leads to the courts.”

Spurs will finish 5th, just in time for City to win their appeal and get reinstated.

Some lawyers are going to make a lot of money.

Have Spurs ever considered adopting Eye-ore as their club mascot?

No, we have a chicken

Yeah, its hard to imagine it won’t get quashed on appeal.

I don’t think it will, the appeal should go as following:

Man City “as we said we didn’t cheat, the emails cannot be admitted”

CAS “got any proof”

Man City “Our word and this giant bag of money?”

CAS “Okay, then we will be demanding access to all your emails and financial records”

Legit if they lose the appeal this could really be the start of the end of that club for a long time, no top players will stay or sign, Pep will be gone, the owners who are really using the club to enhance/wash away their shitty human rights violation reputation will most likely sell.

Couldn’t happen to a more deserving club (except maybe PSG), the interesting part will be if the tax office in UK gets involved, that’s when it could get really nasty for them, faking financial records is a pretty serious crime, club directors could be going to jail and players/agents if aware they are being paid on the dodgy (avoiding some tax) could be in for some shit as well

Do we think they’ll go as far as docking points, stripping titles etc?

I think theyve been hit with the harshest penalty available. I believe this was intentional, because City will obviously appeal. It may be reduced to a 1 yr ban and 20million pound fine or something.

They should be suspended from this years Champions League, which they will now inevitably win just to make an even bigger mockery of the situation.

How come PSG are allowed to get away with the same thing though?

Manchester City have been done multiple times for breaching FFP. Not sure if PSG have, but they have been caught before.

Legit if they lose the appeal this could really be the start of the end of that club for a long time, no top players will stay or sign, Pep will be gone, the owners who are really using the club to enhance/wash away their shitty human rights violation reputation will most likely sell.

Not even close… Juventus got relegated to second division and they came back pretty strong. They’ll keep on going like they only do, just without Champions League, 2 years will pass in a flash and that’ll be the end of it. Until they try to screw the system again.

On a different note, how could the misrepresent the amount of sponsorship money? Aren’t they owned by their sponsors??

Wasn’t the owner tipping in personal wealth as needed under the banner of “sponsorship” money?

I thought Emirates threw some astronomical sum of money at the stadium sponsorship or was that way earlier?

I read a lot of it was around the time of the Mancini firing, which put them over the FFP limits.

Name another business where your actively barred from investing your own money?

Not everyone has the luxury of doing dodgy deals like selling your old training ground for an inflated price, before buying land for a new one for a dollar. If they actually looked in to dodgy deals and accounting, there’s be no one in the competition

that’s the whole point about FFP. You can’t have an owner throwing obscene amounts of money into a team, it needs to be run as a business. You’d have to be stupid to not expect teams to try and find loopholes though

What they were doing was the following:

The reason they don’t allow owners to throw in their own money and compete in the European competitions is to avoid the situation where the owner gets bored or goes broke so that the club is sustainable with it’s own income streams afterwards.

They are in trouble if the owner doesn’t see this as good for improving their worldwide reputation, they quit, their sponsors all disappear because they aren’t actually a big worldwide earning club (eg Madrid, Barca, Juve, Man Utd) and the wages etc they are on the hook for is too much for them to sustain.

Juve are a completely different situation, they got relegated due to paying off officials and match fixing. Also their players stayed around into a weaker league, they also have history and a shit tonne of REAL commercial money coming in.

The day someone sponsors a financial cheating Man City for once again a REAL 400 million is going to be a long time away.

The selling and buying land was a shitty bullshit thing but done before FFP.

PSG on the other hand they should also be banned for the same bullshit, but unlike City they have people employed in UEFA and haven’t constantly talked shit and threatened, they took their fine and shut up about it.