Just noticed that the draw was out. I wonder how this works with the overlap with A-League. Since it’s now in-season, hopefully some of the younger guys on the fringes of the senior team are able to get a run in NPL when they’re not travelling with the HAL team. Does anyone know the rules around that?

I can’t find the 2021 regulations on the Football NSW website, but the 2020 regulations state:

a) To be eligible to participate in a 2020 1st Grade the player must:
i. Be born between 1 January 1997 and 31 December 2004 (inclusive); and
ii. Be an Australian Player as defined by the Hyundai A-League & Foxtel National Youth League Player Contract Regulations 2019/2020.
b) For avoidance of doubt, HAL Academy Clubs are not permitted to play any over age players in the U20 competition

So as long as they fulfil those criteria, then no reason why not.

The only difference might be COVID bubbles and the like, an extra layer of confusion for everyone with things changing seemingly day by day. 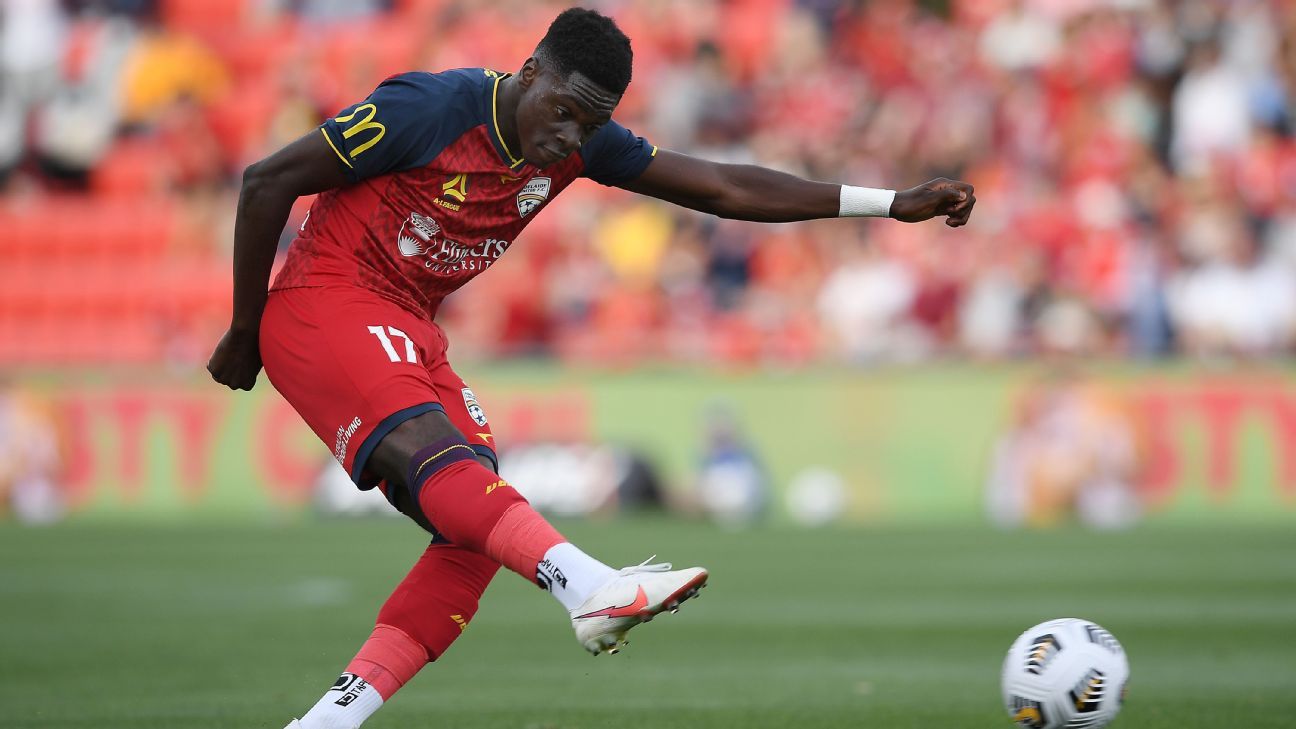 Greg O'Rourke confirmed to ESPN what many in Australian football had long suspected: The 2021 Y-League has been officially shelved. So what next?

Apart from this image being confusing because it gives the impression there are 13 teams and that Macarthur and Northbridge are competing separately, this is really f**king wild. Macarthur managed to get a youth team directly in NPL1 basically by taking over the senior side of Northbridge, kicking out their over 23s, and moving them closer to Macarthur’s base. Wild. 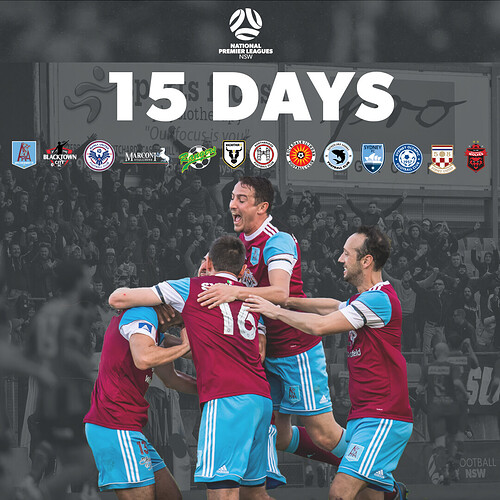 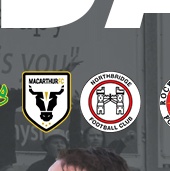 I can only assume that “Northbridge Bulls” will be competing with both logos on their shirts, rather than putting the name Northbridge into the Bulls logo. When they had that deal with the Mariners (My understanding of that deal was basically they were associated with CCM’s academy, but not acting as their youth team because they already had one of those.), the logo was CCM’s badge with “North Shore Mariners” over the top.

Don’t have the linkage but the club put up a video on PageFace the other day featuring some absolutely cracking goals from all age groups of the academy. Recommended viewing. 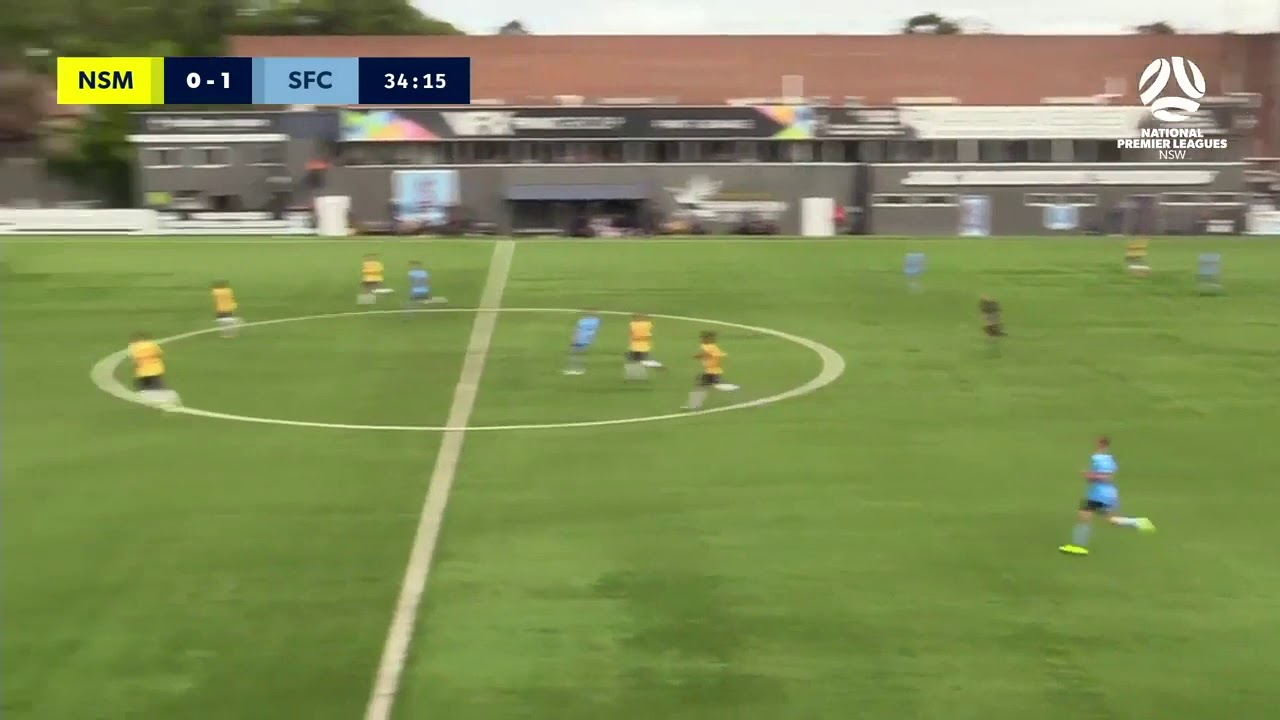 Combined with shocking lighting at some of those grounds.

Kucharski seems to have started well.

There is some football featuring our club elsewhere tonight. Sydney FC 1-0 ahead of Mt Druitt with 20 mins to go. Talbot scored in the first half, apparently.

EDIT: And as I say that, Jack Stewart hits a cracker from distance. 1-1.

Not sure if this is the appropriate thread for this, as it’s not to do with NPL but related to the academy/development.

Sydney FC seems to have parted ways with Bossley Park HS (near Club Marconi) as part of it’s school program. BPHS was posting stuff about Sydney FC until late last year, but it’s now disappeared from the list and the 5 current schools are in the Randwick area, the Shire, the Northern Beaches, the ACT and the South Coast.

It seemed to be the last official communication between the club and WS-based players. We aren’t linked with any Westie associations, the Ryde association (which rebranded as North West for some reason a few years back) is apparently ignoring the club’s calls, and now none of the Academy Schools are in Western Sydney. Makes me sad. Many of our best players have been from WS and I feel we’ve still maintained a strong relationship with our fans from the area, even after nearly 9 years of the Wanderers. Quite depressing to see all direct engagement completely disappear.

While I don’t disagree with the premise of your post it may not be the clubs fault. It could be possible that with the links between Macarthur & Marconi, BPHS has decided to link up with Macarthur as they’re the “local club”.
Also, with the academy now fully established the school partnerships may be less relevant than they were before. That is the players go to school solely for their education rather than to participate in the football program. I would say that the club would look for sports schools that would be flexible with attendance times that are located centrally to a group of players. It’s highly possible that there are no players from “the west” in the academy so having a partnership with a school in that region isn’t necessary at this point.

The paranoid person in me says either the Wanderers stepped in or Macarthur is planning to set-up something with BPHS. Maybe the program just ended. No idea. Doesn’t seem like a good long-term plan to stop scouting in WS though. Weird that only 3/5 of these schools are in Sydney. 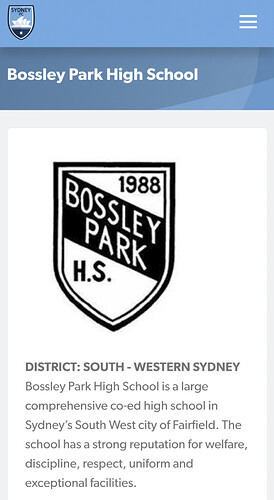 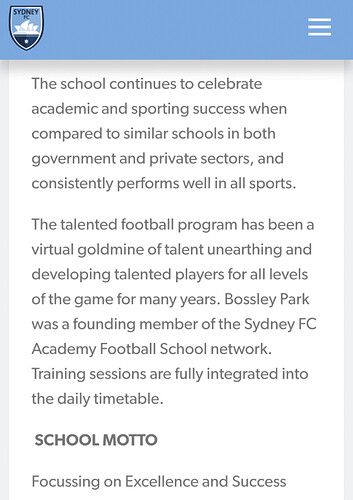 The club hasn’t stopped scouting the western suburbs they probably just have no need to have a school partnership out there. Again, it may have been BPHS that has decided to walk away from the partnership.
It’s also worth noting that these are all secondary sports schools. By the time the players are old enough to go there they will have already been identified and scouted through various SAP programs. It would be very unlikely that there would be a player at one of these schools who hasn’t been scouted by all 3 of the Sydney based clubs as well as CCM prior to them enrolling there.
Having a partnership with a school in the ACT and the Illawarra would be because we have players in the academy from those regions.