Bolting from the Blue- The Central Coast Mariners Thread

Will they sign Bolt or wont they? Will McCormack, Oar and Cisse push them up the ladder?

Will they sign Bolt or wont they? Will McCormack, Oar and Cisse push them up the ladder?

But seriously they do look better this year and Simon as captain is amazing.

On Bolt it depends on how much sponsors and FFA are prepared to poney up to pay for his contract and even if the FFA have that much of an interest in the A league in the future.
It is not too difficult to be pushed up the ladder from 10th.

I might actually watch a few CCM games this season just to see old mate wizard.

Bolt has turned down the contract in Malta apparently. Bit of a shame. Would have been an easy way out for the Mariners

I wonder if there was something in it that he turned it down? Maybe CCM are in discussion for a contract already?

That backline is a worry, but attack they should be far better, will finish higher than last year.

I don’t think they are in for discussion about a contract yet, I think he’s serious about trying to become a pro and thinks Malta isn’t the place to actually go and learn. Plus who better to learn off than the wizard.

Plus who better to learn off than the wizard.

“See Uzza, what people don’t realise is that 90% of football can be played with the elbows.”

Mariners have released this: https://www.ccmariners.com.au/news/usain-bolt-update

Interesting that he won’t even be training with them. I’d say that spells the end. Gatt, who usually knows what’s going on at CCM says the following: 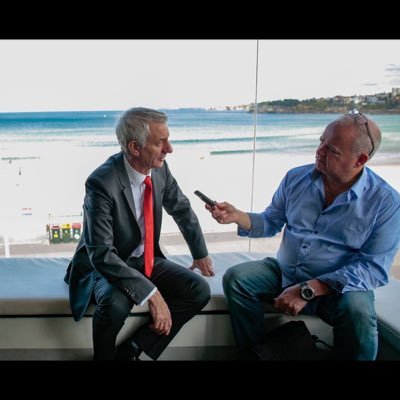 gotta wonder the logic behind the whole Bolt move. He’s getting old, his best days are already behind him and the only thing that’s guaranteed to happen is he’s going to age. I understand he wants to be paid, but getting paid the equivalent wage to a world class footballer at the start of your footballing career is a joke. I;d understand if he came out and tore the league a new one in his first game, but his performances have been average at best. He’d struggle to walk into any team in the a league at the moment

This reminds me of when the Russian Space program allowed cashed up civilians to pay their way into a space trip? (or when Home Simpson went to space, now I think of it)
I just don’t think that Bolt’s currency (clicks and views) pays off for Mariners in the hard currency of memberships, sponsorships etc to a sufficient degree to justify wasting a bench spot on him.

Only guessing but I suspect the only possible contract being offered to Bolt by CCM is for match time in the youth side with a review some time in the future.

Nothing else would make sense.

However if I were betting I would say the circus is going to move on.

Bolts taking the piss if he thought $3m was reasonable, he’d make below average NPL player at best.

Will he go take the Valetta FC offer then I wonder…?

Will he go take the Valetta FC offer then I wonder…?

No. He would want to be somewhere fairly widely televised to build his brand and I imagine he would think that the Maltese league is too small fry. People would write it off pretty quickly if he went there.

Yep, he wanted to play for Manchester United, then failing that he thought he’d try second tier European teams. I’m sure the natural thought after that was MLS and then A League. I don’t know what he’ll aim for now. From his perspective the A League would have been perfect - a lower standard league in an English speaking country where there is a passionate and diverse sporting culture. He’s a bit stuck now.

I also think that while this was always going to be a lose/lose situation, there was a missed opportunity that could have had a better impact on the A League. Yes, this might sound ridiculous, and I know that they broadcast the two friendlies that he played in and branded it “The Trial”, but there wasn’t much context around it apart from simply showing the games and having a bit of commentary afterwards. If they had their time again, I recon they should have literally created a reality show type thing out of it. Have episodes where he’s training, getting feedback from the training staff, talking about his aspirations and maybe have some other trialists along side to show them as a comparison to bolt. Sounds very much like that show that had years ago (can’t remember what it was called), but in this case Bolt is the main focus. It would build up to the trial matches (with highlights/lowlights of bolts performance) and grabs of commentary and public opinion etc and then take the focus on the contract offer.

Might sound naff, but the difference would be that there would be context around his ability (or lack thereof) and opinions of football pros and commentators. So people of the general sporting public who had an interest in Bolt could actually understand his shortcomings. If you could add some highlights of real A League games showing the likes of Ninko, Honda, Fornoroli etc. it would again highlight the gulf in class, while also potentially building some interest in the A League by the sporting public.

I know it might sound a bit lame, but it would be better than the current situation and would potentially serve as an ad for the A League in the build up to the season.

Football superstar, with Adam Hett who was set to start for us due to injury/suspension/availability then did his own ACL. I always wondered what if,with him.

Yeah, that was the one!

[quote]He may have had his playing career cut short by injuries, but Adam Hett (pictured top right) has reignited his passion for football as a coach, taking charge of the Northern Tigers Under-16’s this season in the NPL Youth NSW.

After spending time in England in Coventry City’s academy and reserves, Adam looked to have made his break into professional football in Australia as the winner of the first season of Foxtel’s Football Superstar program.

Given a National Youth League contract with Sydney FC, Adam’s hopes of playing for the Sky Blues suffered a blow just three days before his firs team debut, rupturing his anterior cruciate ligament and subsequently missing the entire season.

Unfortunately, that injury was the first setback of many as Adam looked to return to regular football.

“I came back in the second season and I started to have hip issues,” he explained.

“I had an operation on my hips where they trimmed the top of the femur and some cartilage in the joint itself.”

“By the time I came back I was too old for the National Youth League so I was released from Sydney FC.”

After playing briefly with Spirit FC, Hett made his way to Northern Tigers but after two seasons the then 23-year-old was forced to hang up his boots.

“After that second season I started to get chronic groin pain and osteitis (bone inflammation),” Adam said.

“When I went back in for scans, it showed that I had little to no cartilage in my hips and I’d developed osteoarthritis in the joints.”

“I was basically told if I didn’t stop playing I would need hip replacements by the time I was thirty, so I had to give it away.”

It was a bitter pill to swallow for Adam, who took a step back from the game in order to refocus.

“I had a couple of years off and it allowed me to separate playing from coaching and accept the fact that I couldn’t play anymore,” he said.

“I then decided to get back into coaching and took up a position at Lindfield FC, to make sure I enjoyed it before pursuing things further.”

“I really enjoyed it there and Jason Eagar (Northern Tigers Technical Director) knew I was back coaching so at the end of the season he asked me if I wanted to come back to Tigers, so I took on the under-16’s position.”

With his passion for the game now renewed, Adam is looking ahead to a new future as a coach.

“It’s definitely something that I really enjoy and I enjoy being back around football,” he said.

“I suppose I’m at an advantage now where I’ve got a good grounding in my experience as a player within professional clubs, but because I’m young I’ve got a head start on other coaches.”

“Football’s my passion, if I can make a career out of it and coach full-time I’d love to get to that point.”