Most of the state federations are nearing the end of qualifying, which means we are close to knowing who goes through to the round of 32. The current entrants, which includes the final teams from NSW is below: 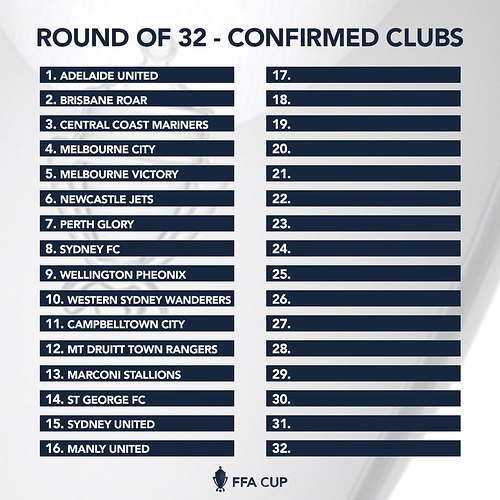 St George FC have done well to get here. Also have Sydney United missed the round of 32 in any season so far?

Damn, would have been nice to see Dully there.

So who does everyone think we will be “randomly” drawn against this year?

Where’s Western United on that list? Are they not in it this season?

So who does everyone think we will be “randomly” drawn against this year?

Please be that team that The Racist has joined.

Where’s Western United on that list? Are they not in it this season?

They aren’t in it because I guess they couldn’t reasonably have a squad together for the match. I think they enter the cup next year but Macarthur will be the year after.

Mt Druitt rangers have done well to get there.

Yeah western United aren’t in to give them time to prepare properly for the aleague season.

I think it’s to save them losing to some random NPL team in their first game in front of 1000 people on a cold Tuesday night.

Please be that team that The Racist has joined.

I wanted this too and went through VIC qualifying results last night. Dandenong are already out.

The Quarter Finals have been condensed to one-week (two (2) match days) to avoid Member Federation Grand Finals and congested periods and to assist Hyundai A-League clubs with their season preparations and will be played on two match nights between 17-18 September.

The FFA Cup 2019 Semi Finals will revert back to midweek fixtures on 1-2 October, to avoid the NPL Finals Series and congested competition calendar.

The FFA Cup Final 2019 will also be moved forward from last year to the evening of Wednesday, 23 October.

The draw process and principles for the Round of 32 of the FFA Cup 2019 will be remain the same with the draw ceremony to be conducted LIVE on FOX SPORTS on Wednesday, 26 June 2019."

Playing St George in Kogarah would be sweet…

I don’t recall Ro32 cup games in July before now. Is that earlier than usual?

I’m happy that Manly United are in the RO32. Looking forward to heading to Cromer the next fixture. Great place to watch football, and super close to my place.

If anyone is a bit football starved you can watch Melbourne Knights vs South Melbourne streamed tonight to see who gets to R32. Details on how to watch below: 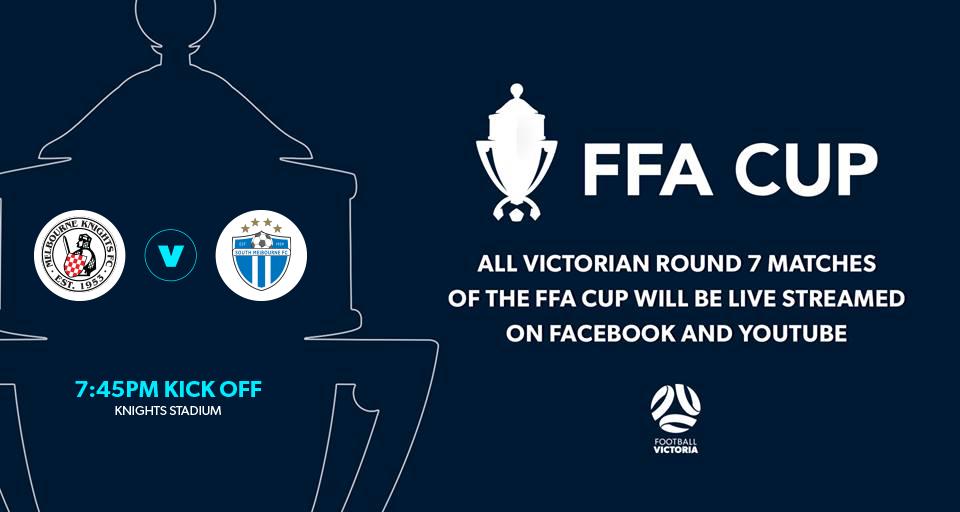 So once again South Melbourne dont make the round of 32.

They wanna be in the a-league yeah? And totally reckon they could compete?

Final for the SA Qualifiers today at Coopers Stadium. $10 tickets not to bad for a three games of football.

draw about to start

Brisbane Roar. I’m so confused I thought we got a non A-League side

I think that was the old draw rules.