Well… I feel no confidence.

We didn’t even sign off tonight by giving the team a customary ode to the Republic / FU to Victorians.

I’ve got a feeling it is going to be one of those matches where we try to be the least shit of the two sides in the hope of getting points out of the game.

I’m not feeling confident either. We haven’t been crash hot the past month or so. Either way fuck Melbourne

I’m guessing that we’ll see Kosta and possibly Caceres back in the starting line-up for this one.

Someone is suspended for this game, aren’t they? I forgot who it was.

Anyone have an update on tickets for this one? Away bay looks to be locked on Ticketmaster.

I’ve been mulling this over the last 24 hours. Thinking back to the concerns I had in pre-season, the lack of gel and him constantly making the wrong runs at the wrong time. 6 months on there hasn’t been anywhere near as much improvement as there should have been. It was easy to overlook when he had that streaky run of goals and assists, but he hasn’t yet had a game where he’s run riot and been virtually unplayable like we’ve all seen with his previous employer.

Is it just our system? Is it that teams are sitting deeper against us and depriving that space in behind? I recall his bigger contributions in his last stint for them coming largely from route 1, early long ball rubbish. Simple but effective, whatever it is we haven’t gone close to consistently getting the same output. At least last night he put in some effort off the bench, even if nothing really came off as a result of “trying too hard”.

Suppose the upside is he and ABJ are yet to really hit their straps and we’re still miles clear at the top, fucking look out if they get going.

I gave my opinion on what I think may be going wrong in the Jeonbuk thread but I think it might be a bit of both. And even though Kosta has been infuriating, I’d even go as far to say it’s more to do with how we atack. Clearly a lot of our players aren’t playing well at the moment in particular Kosta who has been so bad of late at times you wonder if he’s actually a professional footballer. However I think the attacking system is not helping either. We are SOOO predictable. As soon as ABJ and Ninko pick up the ball, the oppositions defence know they are just looking to play balls through to Kosta and ALF and as a result they shut down the space for the through ball and we are forced to either play ambitious through balls which Kosta and ALF are never going to be able to do much with, or they end up having to drop short and receive the ball with their back facing the defence and neither of them are great in those sort of positions. And as games progress and we keep giving the ball away in midfield by constantly attempting through balls which will never work, we start trying to go with the slow build-up like under Arnie. Except you can tell the players don’t really have a plan of how we are going to score and we just end up putting in hopeful crosses.

We had the identical problem last year and everyone complained about it constantly, and it seemed (at least during the early parts of the season) that this issue had been addressed with the addition of ABJ and Kosta, not necessarily because of tactical changes but because we had the players to play this system. But considering for the past few games the exact same problems have occurred and I’m not seeing any real effort to address them, I’m starting to think the only reason we are so dominant in the A-league is because our players are so much better than everyone else’s. Because when you actually look at the way we attack, its very predictable and you can tell based on how teams are defending against us that we’ve been worked out.

Someone is suspended for this game, aren’t they? I forgot who it was.

Clearly a lot of our players aren’t playing well at the moment in particular Kosta who has been so bad of late at times you wonder if he’s actually a professional footballer. However I think the attacking system is not helping either.

DING! We are basically treating Kosta like a fast poacher when there’s more to his game than that. I don’t think Kosta played off the last defender at Victory all that much. He was much more dangerous receiving the ball in space and then running at full-backs. The formation and style we play simply don’t suit him, and I’m certain that’s how it will be viewed after he’s left the club. Even so, he still suffered the same issue of being anonymous if he wasn’t scoring or assisting. That is something that tactics cannot fix.

I did notice that we seemed to play a 4231 against Jeonbuk in the second half though.

Sorry to hijack the discussion, but as I’m in Melbourne for the game I was wondering if there is a pub where Sydney supporters meet, or do we maintain smaller cells at strategic locations throughout the city? I know there’s a meet-ups thread, but it seems to be little-visited. 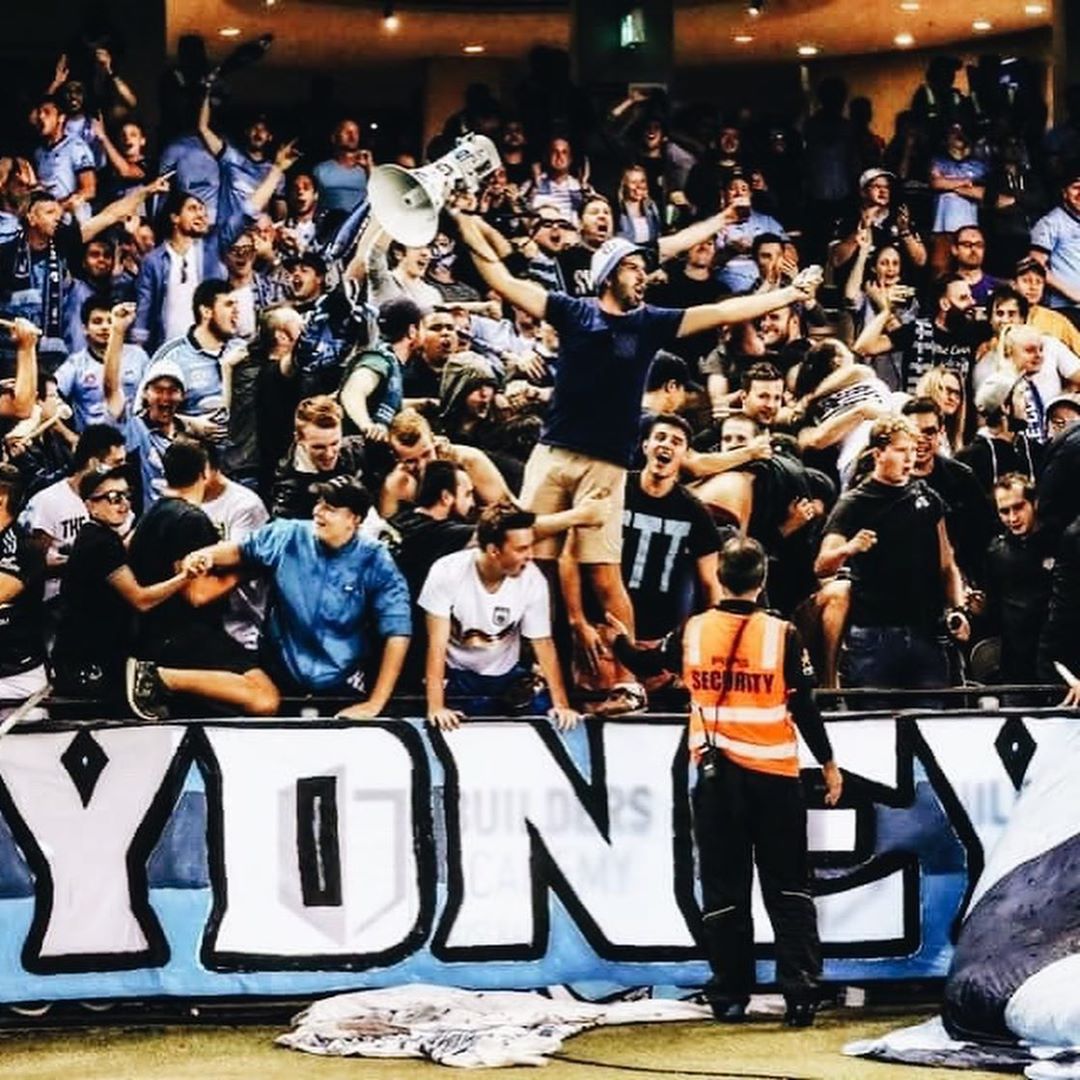 629 Likes, 2 Comments - The Cove (@thecove23) on Instagram: “Back to Melbourne. Back to Docklands. Back to face the old foe. See you in Victoria. #FuckMelbourne”

Second image with the deets your after.

So the Highlander then?

Last week I said I wanted to see us play well, as I thought we’d struggled to find fluency even before the postponed derby and ACL drubbing.

This week I want to see a goddamn reaction. Are we a great team that’s having a bad time? Or are we a good team that’s been riding its luck and is losing its mojo?

Time to make a statement.

Can’t we be both?

We lose = fold the club