Derby week, but a weird one with no active support and only a quarter capacity allowed at ANZ

It’s derby week and while the active support won’t be able to make this the spectacle it usually is, the importance of this game will still add some real spice to this fixture. Bragging rights are on the line and that’s particularly the case because we didn’t manage to win one last season. There’s been some low-quality banter from the Wanderers fans and it’ll be good to just shut them up. Most of our squad is the same as we had last season and I’m sure they’ll be keen to make amends.

The Wanderers squad we’re up against is much-changed from last season. Carl Robinson has come in as their manager and has brought some talent with him from his favourite agency. The familiar name of Bernie Ibini is the one that stands out, following Robinson to Western Sydney. While he obviously isn’t as good as his sister, we all know that he can still pull something out of the hat on a good day. Similarly, James Troisi has joined Western Sydney and he always has half a dozen good games in him each season. We just have to hope we catch him on a bad day. The biggest threat in the Wanderers squad does remain striker Simon Cox , who may soon be returning to England.

Wanderers will line up with three at the back, though it must be said there’s no real stand out among the centre backs. With someone slow like Ziggy Gordon at the back, it’s very possible that Trent Buhagiar will be able to get in behind and cause some difficulty. At the very least it might force the Wanderers to sit deeper to create space for our midfield. One consideration that might also give Robinson some pause is that the Wanderers have a game on Tuesday night, which means that he may not want some of his key players to play the full 90 minutes.

It has been two weeks since our win against the Nix, and it seems like we’re going to have a full squad available. It’s very likely that Calem Nieuwenhof has cemented that midfield slot for the short term at least, right off the back of his SFCU Man of the Match winning performance. The big question mark will be how he will fare in a game like this one with more pressure and far more to play for. As a Sydney FC fan, he knows what this game means to us.

Anthony Caceres played well on the right wing and the question we will have answered on Saturday is if Corica wants to rotate between him and Alexander Baumjohann or if he will have them continue to compete for that position. Baumjohann was decent off the bench last game and he has played in enough Sydney derbies to demonstrate that he is up for the pressure. I could see an argument for having his experienced head out there and then having Caceres as an impact player. That said, Corica does like consistency in his line-ups so I suspect he will stay with Caceres.

We might see some shuffling around at the back. Joel King and Ben Warland both started the game last time, with Michael Zullo coming on late and Ryan McGowan on the bench. It’s unclear why Corica made this decision, but my gut feeling is that he will want Zullo at least out there as a calm head who is more experienced in these high-pressure systems. The speed of Warland at the back makes him a useful partner to Wilkinson and I can see Corica wanting to test that partnership out a little longer.

One player who really needs to perform over these next few games is Kosta Barbarouses . With Bobo making his return to the club, we may have genuine competition in the striker position. While the Brazilian won’t be available for this game, Corica will no doubt be keeping Barbarouses on notice.

I think we will line up as follows: 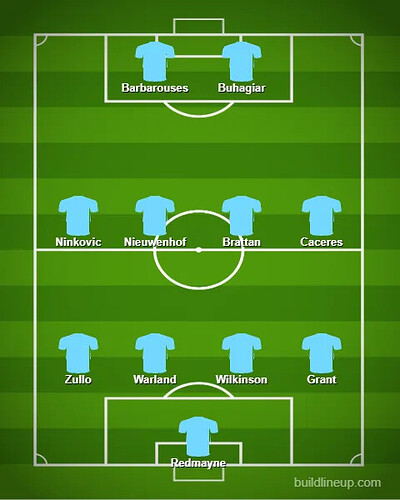 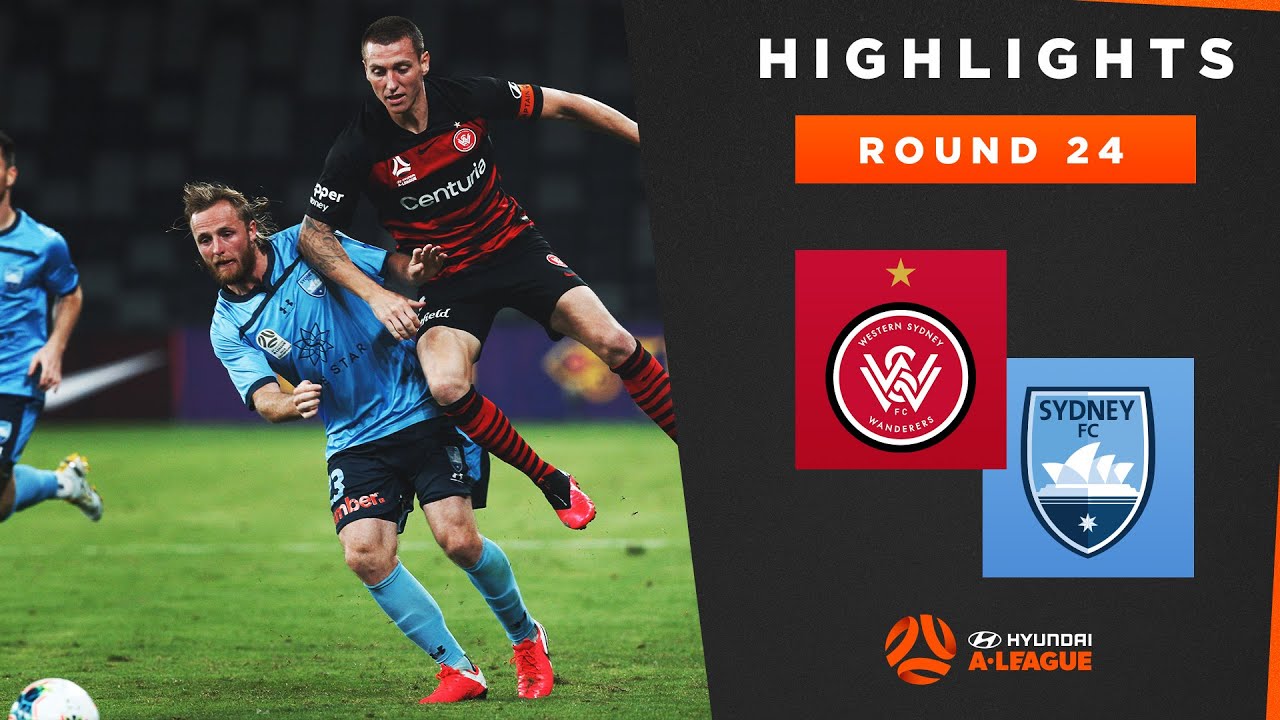 If they play like they did against Newcastle we should destroy them at ANZ yet again.

Exactly my thinking but its a derby and they never quite work like a normal game. There are some awful, awful players in their side though.

Odds that we dont win a derby again this season but still finish way ahead of them?

Has anyone else not received there print tickets from Ticketek yet?

Usually I don’t like ANZ but we have a great record against the Wanderers at that stadium. According to @Rowdy stats we have won 3 drawn 1 and lost 1 to them there averaging 2.6 goals per game for and less than a goal a game at .6 against.

Odds that we dont win a derby again this season but still finish way ahead of them?

This is kind of my worry. This is probably once again their grand final.

This is kind of my worry. This is probably once again their grand final.

Considering their track record in grand finals, that should be in our favour…

They will sit back and park the bus. That will probably make it a tough game

We can counter that with our special tactic of passing it slowly in an arc around their 18, losing it and running back.
Also, sorry about the user name, dude. Can you get admins to change it to the correct Ibini?

Conveniently for them a back 3 sitting deep is the best tactic to use against us. Having said they have some very average defensive players (Gordon is the exception) and Ninko/ABJ/Caceres could easily play through them if they’re on and create something.

If Bobo is fit, three goals. All tap ins.

Noone seems to lurk anymore #sad

When do he is expected at training?

The 5 managers that preceded Robinson at WSW all failed to win their inaugural derby. Here’s hoping he continues that streak.

Do we get to display both trophies prior to the game?

Our next proper, full capacity, post covid home derby tifo should simply be a painted representation of our trophy cabinet. How wide can we go?

Covering a Map of Greater Sydney?

I’ve yet to check Robinsons general tactics in all his previous jobs. Anyone else know how he ‘likes’ to set up, against better teams? Or in general… in Canada etc?

Is he only the exception because he is very, very average?

I’m still waiting and if Facebook is anything to go by plenty of other people are too.

i think it’s pretty normal, in the past think they have sent a few days before the game