So I get to pop my firing cherry in the next few weeks. I can’t wait!! I know the joy is fucked considering economic/employment situation, but the guy i’m getting rid of is fucked.

Started as an intern and we hired him as he’d just lost his job in security due to Covid and we could use the help as we’re linked with construction, so we’re busy. We had another staff member move to Melbourne so we offered him a position in the lab down there. Within a week, original staff member starts to becoming sour and couldn’t give a shit about anything, rubbing off on all our other staff member and generally slowing them down. Apparently he was jelous of the other guy, even though he literally had zero plans of moving to Melbourne…

I had limited dealings with him until I shifted that section over to join the main lab under one roof. The guy gets shittier and shittier throughout the day, every time I ask him to help out with a move. Now being mindful that his boss reports to me and I report to the managing director of the company, so technically, if I wanted to, I could have stayed in my office all day and left it to the guys under me. I’m also assisting with heavy lifting etc. whenever I can manage, considering I have two plates in my wrist that are still 2-3 weeks away from being fully healed.

Fuck-face spend the full day complaining about every new thing not being perfectly set up how it was in his original lab, making no effort to try and fix the issues, even though they’re literally as simple as “go grab a bigger power board.” Add to the fact that his manager and myself are working our arses off while the whole team goes on a 30 minute tea break (separate issue). All culminates when I ask the team that’s not busy to help out with moving stuff from our carpark in the warehouse so we can shut the doors for the day. I go away for 5 minutes and come back, no one there. Goes into their arm and tell them off (not too gently but not too aggressive yet). Fuck face turns around and tells me he has to leave 45 minutes early. When I question him, he tells me his manager had given him the OK the day before. He fucks off and when I question the manager, it was complete bullshit.

I just can’t wait to piss him off. He’s even been openly telling people how much he doesn’t need the job as he has a security job already etc. Ignoring the fact that when job keeper gets rolled back, it’s going to be even worse for employment.

Generally I like to give people a few chances, but his manager wants him gone too. Throw in the fact that I have two interns that are bending over backwards as they’re desperate to stay with us, I’d rather give a contract to someone that wants to put effort into their work than someone actively bringing the team down .

Has he asked for a reference yet? That would pretty much top it off.

I’ve been working 25 years, in that time my company has only fired a total of 3 people. One of which was sexual harassment, one was fraud and one was gross negligence.

We haven’t made anyone redundant in our entire 55 year history.

I kinda enjoy the challenge of fixing people, I’ve turned around dozens of people in that time that I was told were lost causes.

Not that you can probably explain how without a massive essay… but how? In 1-2 sentences whats your best advice?

I kinda enjoy the challenge of fixing people, I’ve turned around dozens of people in that time that I was told were lost causes.

I’d generally be happy to work on trying to fix people, but the two interns coming through are absolutely amazing. One of them was making sure his general work was finished asap so he could jump in and help us. The two interns are coming to the end of the internship and will be facing having to find work in Sydney. I’d rather help them out than have to work to try and fix someone’s attitude that’s obviously affecting those around him.

First thing is to have the mindset that it’s your own failure if an employee doesn’t know how to do their job, or if you’ve selected the wrong person. Lots of people blame the employee and they just throw their hands in the air and write them off, that absolves them of the fault.

Secondly I give people consistent and constant feedback without emotion, I don’t chide them when they make mistakes. Some people wait for the yearly appraisal then dump a years worth of issues, faults and criticisms that is not a recipe for good interaction or learning.

If one of my sailors is shit, it’s my fault.

I had two guys when I started out here. One a bit of a space filler and the other bitter he didn’t get my job, but he was capable. Bitter spent 18 months bitching about space filler. He eventually left and I haven’t replaced him.

Space filler, it turns out, just doesn’t like a dominating co-worker. He’s quite capable if you just leave him the room to be. Which suits my style.

My failure is not identifying the dynamic between the two on the floor and addressing it. But the chemistry was initially good.

If someone is a complete lost cause, you should still be able to get them to contribute the bare minimum to get by. Even if they just do more shitty busy work and free up others to do real work.

I hate having to fire people or let them go, but there was one that I particularly enjoyed.

I fired a guy on the spot for threatening to stab a co-worker while they were both standing in front of me. He didn’t realise that my Japanese was good enough to pick up on what he said.

I had an ex-RA RSM who’d threaten to stab people in the eye.

Technically, I fired Tony Abbot and John Howard. I had help doing it.

This guy at my work I have beers with on Thursdays injured his shoulder on Council time moving some Witches Hats & the doc wrote it on his Compo form thus: 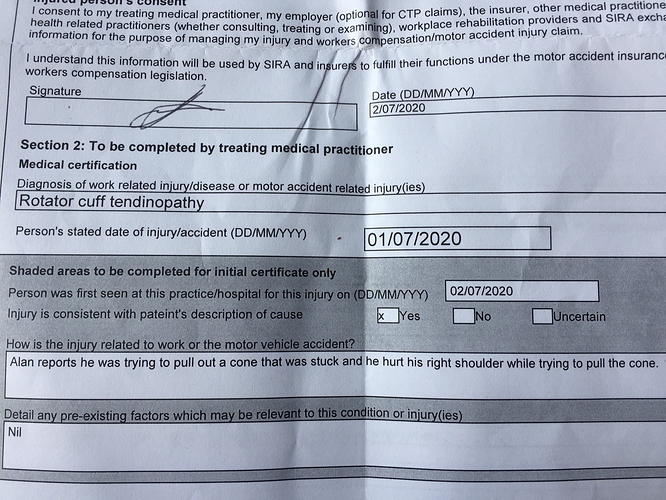 My wife works for her parents construction business, I’ll never forget this employee:

He had an underlying physical condition in which he was being treated with tablets. I think it was something to do with the upper spine/skull. He had absolutely no issues with working physical labor etc, until he had a blinder one night, came into work complaining of really bad pain. Apparently the tablets had bad side effects with alcohol…

Que 6 months of arguments with Work Cover etc. He went to a Polish doctor known for her absolutely dodgy practices (she’s been disciplined multiple times after elderly patients had signed over their wills to her). A minimum visit to the doctor is 1hr as that’s generally how late she is. Doctor claimed that the injury was directly related to his work and that he’d never be able to work properly again. Work Cover sent him to a neurosurgeon who said he shouldn’t have any issues and should be able to return to work in a month, but because he wasn’t the treating doctor, the Polish doctor over-ruled him.

The next few months involved Work Cover trying to have meetings with the doctor to see what he can and can’t do, she was obviously cagey and wasted their time like crazy. In the mean time, employee was getting shitty as he was on light duties, namely sweeping and cleaning their yard as they literally had no work from and weren’t able to let him go. Wife’s parents paid for multiple different courses like forklift operator, truck driver etc but he refused to go as it sounded like he was waiting for a lump settlement (which doesn’t happen anymore). He actually told the father in law that it wasn’t costing them anything as it was all covered by insurance. Work Cover was useless as well as no one could explain to my wife how much to pay the guy. She ended up getting the wrong info and was underpaying him (rectified). We found out as the doctor somehow managed to get her claws into it.

Anyway, after 6 months of getting paid to literally do nothing and obviously rorting the system to the full extent, they managed to get him off the books. 1 month later, he actually had the balls to call the father in law asking for a reference. He was going for a job in another construction firm…

Haha that’s some big balls on the fella 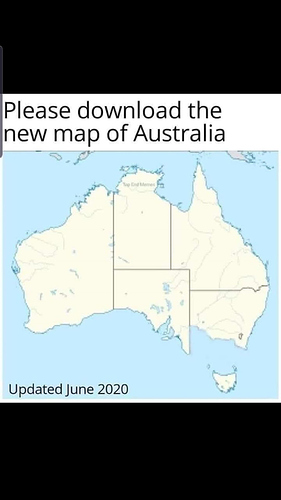 Stuck in bed with a sore back for a few days.
So much fun.

Wait. Were you working for @Paulska’s parents in law’s construction company?