We're only human: the VAR thread

Better thread title suggestions welcome, but I had to put something in to reach 15 characters.

I noticed that the FFA have put up a couple of videos of VAR decisions so you can listen to the officials having a chat. Probably hoping to ‘go viral’ again.

The Stamatelopoulos one, while the correct decision, seemed a bit weird to me because 1) we had been told that the VAR was to stay out of the yellow/red grey zone for sliding tackles and 2) the VAR recommended a red card twice, which goes against the training I received as a (very junior) ref in which we were told that the assistants should describe what they’ve seen to the ref but not suggest a particular decision or sanction unless the ref asks for an opinion. Once the ref was at the screen I expected to hear the ref talking through the video he was watching, not the VAR continuing to make his case for a red.

I’ve always been taught to recommend a colour of card.
As a ref I would expect an assistant to tell me that they thought something was worthy of a red.

Okay good to know I’ll try to put that earlier training out of my mind.

I dont want to be that guy but Im going to be:

Guess you could argue I made that one as a “VAR got stuff wrong again” whereas this seems a more wholesome angle.

Oh thanks, I thought there was one already but couldn’t find it / forgot what it was called. Mods please merge.

So there was interesting comments made by Pierluigi Collina with regards to VAR. It seems like FIFA will now be looking at getting exact positioning etc. with regards to offside, keepers being off the line and so forth. The reasoning is, the same rule applies to if a goal has been scored or not, the ball needs to clear the line by millimeters, rather than be obviously in the goal. Interesting argument I thought.

If I understand that right, the game is going to become more painstakingly correct, and in the process more unrelentingly legalistic and pedantic.
It’s gonna be great folks.

Sorry, wrong sport, this is FIFA. Qatar Airways to be sponsoring all VAR reviews within 12 months.

If you can’t beat them, join them!

For those at the game who may not have seen it, Fox replayed the communication between VAR and the referee for Rhyan Grant’s red card after the game. Perhaps its not a popular opinion here in Australia, but reports in the UK and elsewhere have given a hugely positive response to that coverage, and that they wish they did that in their own country.

I have to agree this is a great first step and hope that one day soon we’ll be allowed to hear that discussion in real time.

I’d prefer the ref gave the obvious red card for a tackle that he was about 2 meters away from.

Are they maybe leaning that way now, same as with offsides? Give a yellow first and let VAR review it if it needs to be upgraded?

I can handle that and the 30 second delay in those instances, definitely preferable to having Beathcakes go straight for a red to get his screen time in in a situation where a red maybe isn’t warranted.

I agree. Red card is serious business. Stop it and look at it and get it right. In a way it’s more important to be right/fair (because it’s a serious offense where someone could get badly hurt) than whether a striker’s cock happens to swing past the defender’s heel by 2 mm.

And if that’s the case, like the offside situation it bullshit just let the refs ref the game ffs

I’m still laughing.
Before VAR started completely ruining everything I said it will suck and be karma for everyone that ever complained about referees.

I can handle that and the 30 second delay

If it were just 30 seconds then yeah I’d be fine with it, but it isn’t just 30 seconds. That incident with Grant was over two minutes. That’s an insane length of time. I was supportive of VAR at the time but there has been no indication that it’s becoming quicker/less intrusive and it’s getting to a point now where it’s taking the momentum out of games.

A good portion of that was Atkinson getting treatment though, wasn’t it? Fox showed the communication between VAR and Ams, it was about 30 seconds for him to jog over, watch the replay just once and then upgrade the card.

Agree in an ideal world we’d just have better refs, but this was always going to happen. The same way just about every NRL try gets referred to the video ref, the same way umpires never make even easy run out calls themselves anymore… they’re petrified at getting it wrong and being shown up on video, so instead of being a fallback to correct obvious errors they have no confidence to make decisions themselves and overuse the technology. In football they are already being directed this way with the offside calls.

Also with Higdawg, I can’t think of a single sport that has actually been improved by video interference. Football was always going to have the life sucked out of it by VAR, and here we are. 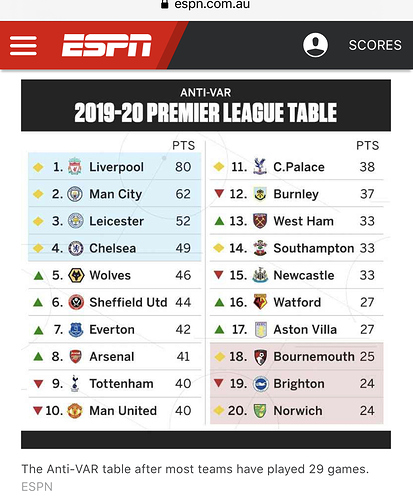 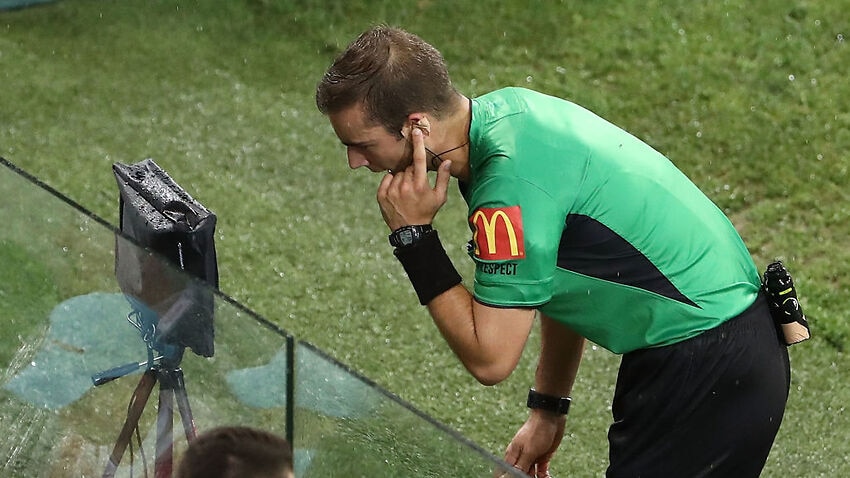 Australian football has been given a glorious opportunity to get rid of the VAR cancer that has been gnawing at the game's image and credibility for far too long.